Relationship Tips For Women In The 21st Century 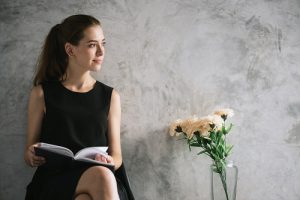 Modern relationships are hard, no doubt about that! It doesn’t matter if you’re dating a widower, a young man, or a mature gentleman, being a successful woman and maintaining a fulfilling love life is anything but easy. We live in a rather fast-paced modern society where there’s no time to stop and rethink your motives, ambitions, and actions. This lack of time is exactly what makes dating extremely hard for women. If by any chance you have the same problem, make sure to stick around and read these crucial tips that will help you sustain a successful relationship in this chaotic 21st Century.

Don’t Choose Your Career Over Love

Nowadays, a lot of young women are sacrificing their love life in order to pursue illustrious and lucrative careers. There’s nothing wrong with wanting a successful business career, but completely neglecting your love life can cause serious problems in the future. If you focus solely on your job, you will lose that all-important touch you need to have in order to be good at dating. Therefore, you need to find a perfect balance between your job and romance. Don’t neglect your partner, include him in your everyday activities and allow him to share the load with you. This way, you’ll be able to improve your position at work and maintain a functional relationship.

As we’ve already said, it’s perfectly normal to want a good job and a successful career, regardless of whether you’re a man or a woman. However, what most people fail to realize is that jobs come and go, but true love is once in a lifetime. Sure, everyone needs money in order to survive in the modern world and the only (legal) way to obtain it is by working, but what is life if you have no love in it? Think about it.

Be Honest, Be True, Be Yourself

We live in a cruel world where people love to judge other people based on their looks, clothing style, and music taste. It’s almost impossible to be yourself and be accepted at the same time. This is exactly why you must not care about other people’s opinions. You need to be brave, honest, and true! If you manage to do that, men will be all over you! A confident woman is an extremely sexy woman!

Here are two possible scenarios of what may happen if you’re being dishonest about yourself while dating someone. In the first one, your date eventually finds out that you have been pretending to be someone you’re not the entire time, gets utterly disappointed and shocked with you and most likely leaves immediately. In the second, the lies you tell about yourself stick from the beginning, not allowing you to completely relax while you’re with your partner, making your whole relationship with him a lie. Either way, it’s not good.

Don’t Be Afraid To Express Your Sexuality

Anyone can be sexy! However, not every woman has the courage to express her sexuality! If you want to have a successful love life and find/keep your man, you need learn how to access your sexiness. Don’t be afraid to show off your physical attributes in a classy and sophisticated way. Feel free to tickle their imagination with sassy and provocative remarks. Don’t hide your wild sexual drive, use it to attract potential partners or keep your current one.

Learn How To Listen

This is one of the most important relationship tips for a modern woman. Most ladies today are not able to have an open conversation with a man. They’re trying so hard to keep up with this chaotic world of ours, that they forgot how to communicate with the opposite sex. Listening to your partner is the crucial aspect of every relationship. If you don’t listen to what he has to say, how do you expect him to listen to you? Slow down and truly listen to your man. You’ll see that being in a relationship is not that hard at all.

If we’re being completely honest here, men really do have a one-track mind. When he’s watching the game, that’s all he’s doing. When he’s listening to you, once again, that’s all he’s doing. This also means that when he’s talking to you and letting you know how he feels and what’s going through his head, you should probably listen carefully because you don’t know when it’s going to happen again and it can be hard to make him talk about that stuff if he doesn’t feel like it.

Think About the Future

Dating is mostly about what you do and say right now, however, the end results can vary quite a lot depending on what you’re looking for. That’s why it’s important that you keep your goals in mind, no matter how serious they might be. Some people want to hook up, others are looking for serious relationships – regardless of what your target is, always keep it in your sights.

This mostly refers to marriage and kids. If you don’t want to get married in the near future and you haven’t even thought about having kids, your potential partner should know that. Furthermore, you should not be forced into changing your mind or your priorities, no matter how much you may like the person you’re dating. Love should be unconditional, which means no conditions should apply neither to you nor your partner once your relationship begins.

Hooking Up From Message No.1 – How to Talk to Women on Tinder 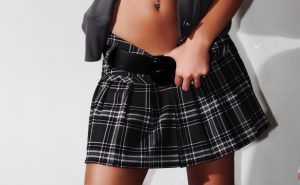 You know how they say that patience is a virtue? While it’s most certainly not a flaw, it will be very useful in case you’re talking up a girl on Tinder.

Most failures in these scenarios come from male impatience. Sure, you aren’t supposed to waste your time on a chick who obviously isn’t DTF (down to f***), but you shouldn’t rush ahead and give up or try to force a hookup if there’s real potential in a girl who really is DTF but is playing hard to get.

If a girl you’re chatting with doesn’t agree to have a one night stand with you right away, it means not only that she isn’t an easy chick, but also that she wants to make sure that she can be safe around you and have a great time if she hooks up with you.

This is why it’s important that you talk to a girl about things which aren’t related to sex. We know it sounds like a waste of time because you aren’t trying to marry this woman, but it can be really productive if you manage to assure her that you’re a really fun guy who only wants to have casual sex with her – nothing more, nothing less.

3. Wait for the Green Light

Once you’ve approached a girl on Tinder tactically and while still giving off a gentleman vibe and you’ve managed to get her to accept your hookup invite, you should get a clear sign from her that “all systems are go.”

It’s not going to happen every time, even if you’re the most persuasive man on the planet. When it does happen, however, don’t jump the gun – wait to get a green light for her, which will be obvious and without any doubt if she’s really down for it. Otherwise, you’ve got nothing to look for there, so move on to the next chick.

So, you’ve got the thumbs-up from her and you’re taking things off Tinder and into real life. This doesn’t mean that you should immediately suggest bumping uglies with her as soon as possible – instead, keep your cool and be a man about it.

If she wants to skip all pleasantries and move straight to the main course, you shouldn’t have any problems with that. But if she doesn’t says it herself, suggest that you meet for a drink first, because the most important thing is implied anyway. Why not be a gentleman while at it?

Let’s face it – hooking up is a pretty standard activity nowadays. Not only is it completely fine if you do it, but in some cases, it’s actually preferable if you just hook up with someone instead of entering a relationship with them. This is why it’s of critical importance that you’re always honest about your intentions and wishes.

Pretending like you’re looking for romance while your only goal is to have casual sex never leads to anything good. Sure, it might work as far as getting a person to sleep with you, but you can rest assured that your true goals will come to surface sooner or later – and when they do, all hell will brake loose.

Instead of that, why not just be straight up about what you want and why you’re even communicating with someone in the first place. There’s nothing wrong with wanting a hookup, so try to be honest about it when someone asks you “Why do you want to be with me?”

Like we’ve mentioned before, patience is a virtue when it comes to hookups (or anything else in life, really). This doesn’t only apply to actual communication with someone you want to hook up with, but also to looking for those who would interested in such an activity.

Thanks to the advances of modern technology, there is more than one way to find a hookup in the XXI century. Instead of just going to a popular club or bar, you can now sit down in front of your computer and type in a bunch of things in order to find the perfect person for a hookup.

Nevertheless, rejection still exists, even on the internet. You might get shut down a dozen times or more before you come across a person who’s even remotely interested in hooking up with you. This is actually pretty normal, because with online dating came a much larger pool of potential relationship and hookup partners, which is why most people won’t stop until they find exactly what they’re looking for.

It’s really important to always remember that you shouldn’t give up. Even if you get rejected 20 times, you should still keep on looking because your perfect hookup might be just around the corner.

Although a hookup isn’t exactly a real romantic relationship, that doesn’t mean you can do whatever you want and get away with it. Be polite and show that you care, because it might pay off in the future.

Instead of never calling or seeing a person you’ve just hooked up with after the fact, try and send them a message a few days later to check on how they’re doing and if they want to grab some coffee with you. This will help maintain that friendliness that all hookups imply and it might just turn casual sex into real romance – you never know.