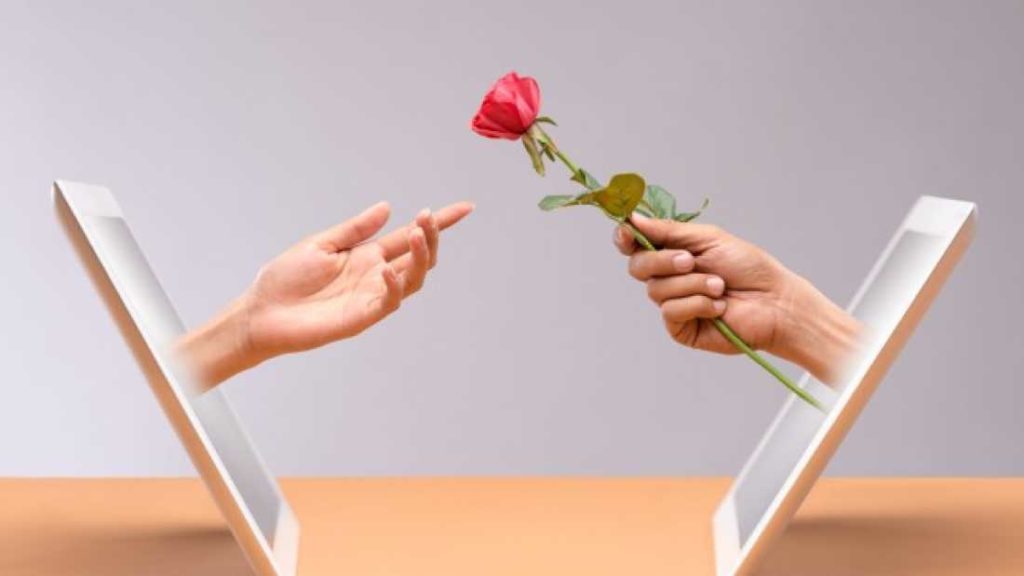 Dating and relationship have evolved with time and with the advent of technology they have all together take a new form. Today most of the matchmaking is done over social media interaction like facebook or through dating apps like tinder.

How does your date initiate?

Most of the couples, elderly or those who married 10 years back, we know today would have met through mutual friends or were college buddies. But now it is through tinder notifications and online buzz that we meet them.

One cannot completely say that all the dating is through internet. There are still people who start dating after hanging out for few days, in the same old fashion we have known.

Apart from the way we begin to date, the process of dating and the way we handle a relationship too has changed. Today most of our romantic conversations take place over texting and snapchats. We plan for dates or discuss our future over our smart phone rather than face-to-face interactions.

Open relationships have become a norm; the definition of a committed relationship has changed. You can openly state your partner regarding your romantic interest in multiple people and this is not cheating over your boyfriend or girlfriend. Well this was not the case a few years back. You might get ditched the instant your partner knows you are cheating. This applies even for marriages.

Getting to know the person you date

Earlier it would be mainly through our friends or through the hangout session we would have. But now it is mostly profile surfing and is the same for people we meet through offline interaction. The first thing we do when we get to know a person is to Google their name. We get to see all their social media profile and that how we know their opinions their likes and dislikes.

Earlier when a date was planned the man would pick up the lady or would pay the bills order food for you. But now the notion of feminism has made many ladies to pay for what they eat and are independent to travel themselves instead of expecting anything from their dates. However this trend depends upon the female counterparts and their way of thinking.

Sex has become way too normal while dating these days, having multiple sexual partners is no more a taboo and carrying condoms and sex education is instantly available everywhere on the internet. Have a doubt just Google it.

We compare ourselves and also our matches. We make choices not based on the one who we like but based on how better they are than others.

There is no special first kiss or hug, everything happens instantly and everything fades instantly.  The essence of waiting for special things and taking it slow has become inexistent.

There is paramount amount of problems associated with this. You like someone’s silly picture on instagram there goes endless amount of arguments surrounding. People are more paranoid than before and you have the reasons for it at the tip of your finger.

Sacrificing relationships for careers is not an issue anymore and love is not the center of your life thing working out anymore.  People also tend to choose partners over their career success.

Online forums for advices on relationships and everyone in the age of 18 is ready to give advices. People take decisions based on them which will definitely not be an appropriate. People cannot pass comments by reading a line or two of your relationships.

Today there are apps and dating sites specifically decided for people with sexual orientation of their choice, they no longer need to shy away from what they actually want. Though there are several legal laws against LGBTQ community, internet has made things simpler for this community. They can openly discuss about their issues and search for similar partner which was the case few years back.

It has become very usual to break up over texts. Just a lengthy message filled with faults and errors either about them or their partner and putting an end to their romantic life. Earlier people would try to meet talk and then decide the fate of their relationship. Now it has become way too normal to complete it very it began.

However dating has become a completely new ball of game for people who haven’t dated for a while. After the end of a long marriage or a single mom finds it totally intimidating with too many new fads which they were never used to when they dated.

There are pros and cons to any issue, technology has made dating a simpler thing no doubt but when flooded with too many choices there is a lack of seriousness towards relationships. We also seek validation with many people in terms of pictures and appearance. We are not sure about our own profile until it is like or swiped by many people.

Today the spark of meeting someone in person and the priceless face-to-face interaction is gone.

Anand Rajendran is CEO and Co-Founder of Zoplay, best PHP scripts development company located in India. Zoplay is a part of Casperon Technologies a leading social and mobile development company which developed a Dating Script called Zodate. I’m a Tech geek, Digital marketing expert, Entrepreneur, and Atheist who loves to write everything about PHP Scripts and mobile application development.