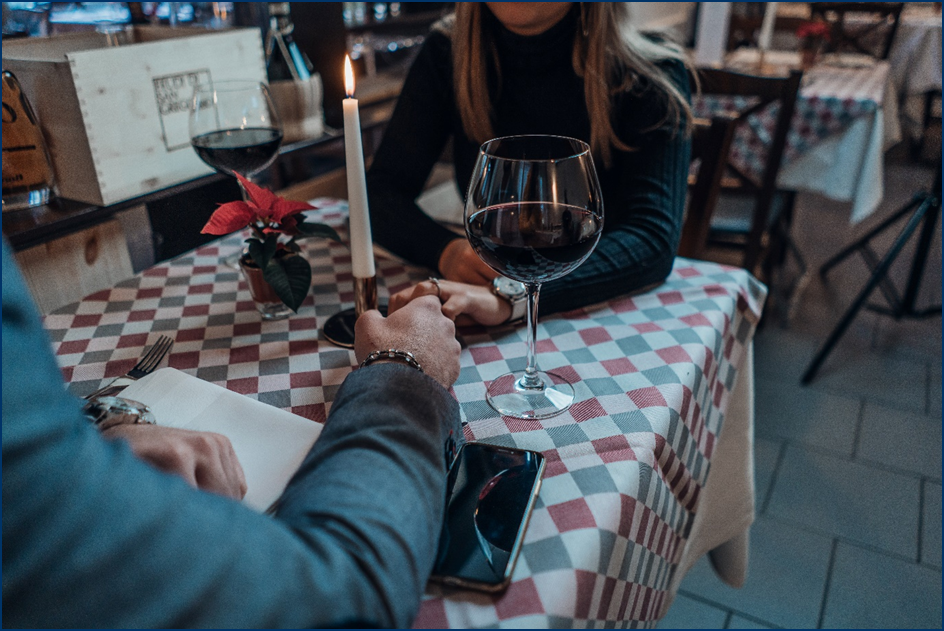 Can 35 rules and 1 method make anyone fall in love with you?

Dating is hard. I have lost count of how many times I signed up for a dating app, exchanged numerous meaningless messages, and then removed my account either after one date or no date at all. Don’t get me wrong. I have met some very nice men through dating apps or blind dates set up by friends. The missing ingredient for me, however, is either connection or commitment. When swiping left and right is so effortless and your next ‘match’ is literally at your fingertips, it is hard to feel that the person in front of you is ‘the one’. The likelihood is that you are one of the hundreds of matches but the only person agreed to meet who happens to be free at a time that is convenient for your date.

The frustrating singles’ market has led many to resort to the“dating experts”. They teach you how to play the game so that you appear just keen enough to keep the other person interested whilst being just out-of-reach enough to keep them on their toes. I have been on both sides of the game, and would like to share my experience and opinion on the merits of two popular dating tactics on the market.

1. Be The Rules Girl And Make Him Chase

Although it is not as well-known nowadays as it once was, if you are in the dating game and have been frustrated by the mixed messages from men, you may have heard of a community called ‘The Rules’. It was so popular back in the day amongst the husband-hunting sisters that it was even featured in Sex and the City.

Basically, The Rules (a book written by Ellen Fein and Sherrie Schneider, 2003 edition) lists out 35 rules that you must follow if you want to capture the heart of Mr. Right.These include rules that help you to appear exclusive, such as Don’t Talk to a Man First (and Don’t Ask Him to Dance) (Rule 2), Don’t Call Him and Rarely Return His Calls (Rule 5), Don’t Accept a Saturday Night Date after Wednesday (Rule 7), as well as rules that help you work the male ego to your advantage, such as Don’t Tell Him What to Do (Rule 16) and Let Him Take the Lead (Rule 17). And Rule 33 makes an irresistible promise – Do The Rules and You’ll Live Happily Ever After!Guaranteed to get your attention if you’ve just had a great date a week ago but never heard from him again and your inner chatterbox is running on full volume wondering why and trying to decide whether you should text him first.

When I first discovered The Rules, I felt such a relief. Finally, someone was able to tell me exactly what to do in the most confusing and complex world of dating! Especially if you are someone who struggles with setting boundaries, the rules do an excellent job at helping you make up your mind as to where to draw the line. I was so disciplined that I set the deadline for a Saturday night date at Tuesday rather than Wednesday! It worked amazingly for me. I attracted a lovely gentleman who respected me and adored me. I felt on top of the world and thought I really nailed the dating game and never had to worry about being alone again.

That was until I realised that we were both hiding our true selves. I was pretending to be a woman who did not get excited about dates and could take it or leave it at any given time. He was pretending to be a man who did not get hurt by rejection but only got bolder in his pursuit. Our relationship didn’t last, because you just can’t pretend for ever. I could not carry on pretending that I had my act together all the time and enjoyed pulling away in order to push him to step forward. I never found out which dating book for men he was learning from at the time, so to this day I am still wondering whether I was the player or the one being played.

2. Nail The Love Psychology And Make Her Fall For You

If you haven’t heard of him already, you may be intrigued to check him out. With the slogan ‘Enslavement, not Seduction’, Derek Rake does not sugar coat his dating tactics in the slightest.

His trademarked ‘Shogun Method’ is labelled the ultimate dating system built on military-grade mind control technology. He claims that there is a psychological trait in the female mind that can be exploited to make any women fall in love and STAY in love with you. The method is broken down into four stages of Intrigue, Rapport, Attraction and Enslavement. The last stage obviously sounds controversial but Derek stresses on his website and in his weekly newsletters that his method is not unethical and does not involve lying to or scamming women.

With over ten thousand visits to his website every month, Derek seems to be generating a decent amount of interest and maybe even a handsome profit. He doesn’t shy away from the controversy in his approach either. In fact, he regularly refers to the names he gets called by some and even posts some complaints on his website as testimonials. There is no such thing as bad publicity, right?

Whilst men may not openly admit that they would ever use Derek’s service, it is hard not to be tempted by the claimed effectiveness, especially if you are frustrated by repeated rejection without knowing exactly what you are doing ‘wrong’. In the game of love, we are all vulnerable and sometimes wish we could have control over our love interest.

When I first came to know about the Shogun Method, I was both horrified and enraged. How on earth could this be allowed? I thought. Then I dug deeper, and became more intrigued by the psychological path behind it. What happened that drove an innocent young man to resort to using such extreme language and belief that the only way to win love is by manipulation rather than being himself?

So I signed up for Derek’s newsletters. Finally, one email titled ‘I told her I loved her. She then slept with my boss’ really explained it all. Derek is clearly someone deeply hurt by rejection and has never recovered. He decided to turn his pain into action and ‘kickstarted his quest to seek out the greatest power a man would ever want to have’ as he put it. I suddenly had a lot of sympathy towards this man and was able to see his offering as comparable to that of other dating coaches, i.e. a programme designed to help men and women feel secure in their pursuit of love. It is just unfortunately described in an extreme language perhaps for both marketing purposes and Derek’s own emotional needs.

Like with any techniques carefully designed to exploit a human psychological trait, with the right target,the Shogun Method could work. Derek’s online reviews and testimonials seem to demonstrate that. However, I do question the quality and nature of relationships formed using such a programme. At the end of the day, if we had to pretend to be someone whom we are not naturally, can we really attract the genuine love and affection we long for? Can we build a relationship where both partners feel respected and empowered to grow? Can we trust our partners to be authentic if we haven’t been so ourselves? You may find that after spending the money and effort, you end up with a relationship that is unfulfilling and exhausting.

In Derek’s programme, women are definitely not the only ones being exploited.

When it comes to relationships, men and women are equally vulnerable. That is the very nature of relationships. It cannot happen without us opening up and giving our partner some power over us.

It is not easy to put ourselves out there, at the risk of being hurt by others’ ego, fear and limitations, mixed up with our own. Sometimes, especially when the wounds are still raw, it can be incredibly comforting to turn to someone who tells us they have the magic recipe that is going to prevent us from being hurt ever again.

But we know there aren’t such recipes. A fulfilling relationship takes real commitment and willingness to look within ourselves. Because in order to find the right partner, we must first know what we value the most in a partner, why we want a relationship in the first place, and it really pays to go deeper into the root of our desires. For example, you may find yourself hopelessly drawn to good-looking people even though they have proven to be unfit partners for you. It would help at this point to explore what it is about appearance that you feel such a strong need for. It may be that you only feel valuable and desirable yourself when walking next to a good-looking partner. In that case then the key is not to simply find you a stunning partner, but to work on your self-esteem so that you can see your true value without needing external validation. Then you will be able to find a relationship that is truly nourishing at the soul level.

The truth is, relationships take effort, albeit very worthwhile effort when you find one that empowers you. On the way to finding true love, the Rules and the Method may help you feel more assured and in control, which make them both worth a try if you want to find some directions. However, it is important to remember that they are only tools to help you gain confidence and feel more secure in being yourself. They are there for you to fall back on if needed, so that you feel more in control in the complex world of dating. But don’t let them rule you. When using them becomes contradictory to who you really are, do not hesitate to discard them and let your true self shine. Because the authentic you are always the most irresistible to your perfect partner.

Ellen is the founder of Ellen Tang Coaching, a practice dedicated to empowering individuals through one-on-one coaching. She believes that peace and actualisation are the natural result of unconditional self-acceptance. Drawing from 10 years of training in coaching and a lifetime of experiences in personal development, Ellen’s mission is to form empowering partnerships with those on the path towards self-discovery, growth, and fulfilment. Because the more of us are living an authentically happy life, the more kindness and less pain there will be in the world. Ellen is a certified life coach and counselor in both China and the UK.