Best Destinations for the Lovers of Beatles | Singles and Married

Beatles were an English rock band formed in the year 1960 in Liverpool. With John Lennon, Paul McCartney, George Harrison and Ring Starr. Those who love their music often want to hear it all day long. Finding a destination therefore that has memories of the band is a great joy for these lovers of the band. The following therefore are considered to be best destinations to visit if you are a Beatle lover: 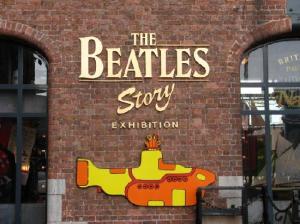 This is a historic site that is situated in Liverpool and has been ranked 1st among all the attraction sites in Liverpool and it was started by Mona Best. This is where the Beatles truly began for the greatest of all music phenomenon of the 20th century and it has been maintained as the way it was by the Best Family when the band began in 1960 making memories of the band as fresh. The memories also result from the fact that that it was the members of the band; Paul, George and Pete that painted the place. They have even confessed that standing at this place makes them hear the echo of the 1st song they performed. The best thing therefore about this place is therefore its memories. It undoubtedly has original acts that grace this place almost every august. Lennon one of the members of the band also said that if you didn’t hear the excitement the band back in the days then you should make a point of visiting CASBAH COFFEE CLUB.

Hamburg was very instrumental to the early Beatles as it’s a home to Lennon who grew up there and the plaza St Pauli district was named the Beatles-platz in the year 2006. The Beatles platz, paved black in order to resemble a vinyl record is in the heart of the Reeperbahn which is a city that is known for its night life. Between the years 1960 to 1962, the band played hundreds of gigs in this neighborhood may be because most of the clubs around had been closed down.

Liverpool is the home of these four members of this band. It’s the place where they were born and worked partly and therefore holds the roots for Beatles. The earliest Beatles’ echoes were heard in this club because one of its first performances were here at this club. This place is a tiny live music venue that has been opened from the 1960s when the band started to date. Those looking for Beatles history can therefore visit this place.

In 1967 when Beatles met Maharishi a guru in London they became eager to meditate transcendentally .Due to this urge, they decided to join the beach boys, Mia Farrow and Mike Love in the valley of Saints They stayed there for six weeks where they wrote “white album” Rishikesh therefore serves as a very great memory of the Beatles.

For lovers of Beatles all over the world, you should take a tour around the world. Besides from flying to Liverpool, one should consider taking a Sri Lanka Visa in order to fly to Sri Lanka, India so as to be taken around Rishikesh and other places in India that hold memories of the Beatles.