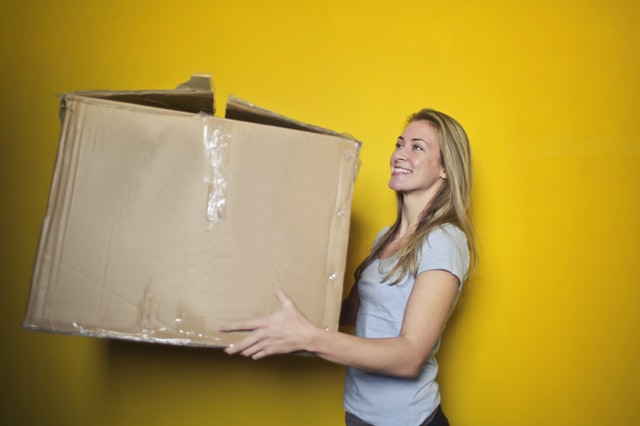 Before You Cohabit: Let’s Talk Logistics, Legalities, and Finances

3.3 million households in the UK consist of cohabiting couples based on the Office of National Statistics. Cohabitation is something that has been historically controversial especially because of religious reasons and societal expectations. Yet it is now one of the fastest growing household types as more couples are moving in together for different reasons like cutting costs or taking things “to the next step”. It goes without saying that moving in with a romantic partner is a big deal and should warrant consideration especially when you are not just factoring feelings into the mix.

A lot of couples who decide to move in together can get swept away with the high of taking their relationship to the next level. They end up forgetting that they need to approach this with both feet firmly planted on the ground. Logistics plays a huge part when it comes to deciding where the couple is going to live. Potential living situations can get pretty complicated when each person has their own flat or home. Not everyone is willing to give up the space that they have worked to maintain themselves so opening up your space can be a daunting undertaking. Not to mention that it is something that involves a significant amount of planning.

It’s a conversation that you and your significant other will have to tackle early on. It is best to figure out who is moving in with whom or if getting specialised housing is necessary. Think about how the move will affect your commutes to work and if you need to sell or donate any possessions to make space for joint belongings. Consider what to do about re-routing mail to your new place. Talking about these points and many more will help give both of you a stronger idea of the logistics involved with moving in together. Strong communication will also lessen the likelihood of a cohabitation breakdown as found by University College London.

It seems that two-thirds of cohabiting couples in the UK erroneously believe in the existence of common-law marriage as found through a survey by Resolution. Despite having a lengthy or fruitful cohabitation, the couple does not have the same rights as a legally married couple would have. Each person must be aware of their rights before they enter into a cohabiting situation. This is particularly significant when one moves into the home of another. Even if the one who moved in helps to pay the mortgage, they will have no legal claim to it.

It is ideal to explore the legalities of your decision before you go through with it. For example, you can see if drawing up a cohabitation agreement before moving in is an option. Having a frank discussion about your legal expectations about sharing a mortgage or buying things for the shared home is crucial. If you are going to rent a property from a private landlord, it is vital to clarify whose name will be on the lease. Try to see if it is possible to jointly sign on a lease so you both share equal responsibility and thus share equal rights to the rental.

Never forget that the contract with the landlord will have legal ramifications if either of you breaches it or terminates it offhand because of a breakup. Let’s say you spend several unmarried decades with each other and one of you passes. Unless there is a document that says you stand to inherit, you will have no legal rights to it. It would be wise to consult with a solicitor before moving in together so you’ll know what you’re entitled to.

Disagreements about money are one of the common roots of breakups in couples both married and unmarried. You can even say that things are harder for unmarried couples precisely because they are mostly unprotected by the law. When you move in with someone, you ultimately agree to shoulder your partner emotionally, psychologically, and – yes – financially. That is, of course, unless you both have a drawn up contract that protects your individual financial interests.

Money matters often involve finding out who pays for what expense in the household. There are those that take a percentile approach toward dividing the bills. There are those that consider the earning power of each person. Only then do they pick which financial responsibilities are theirs. If your partner is going to open up an account under their name, you will have no claim to that and the same applies to them when it comes to your finances. It is of fundamental importance to clarify how the couple is to approach any financial responsibilities in the future.

Seeking a financial set-up that both individuals are comfortable with is the goal of talking about money. While aiming to split everything 50/50 might seem ideal, it does not leave much leeway. It’s not until the couple moves in together that they get a firm idea of how much their lover spends on hobbies and other unnecessary expenses. It is unreasonable to ask a significant other to pay for half when consumption and personal expenses are not evenly split. A good idea is to avoid dealing in absolutes when it comes to money figures. Also, don’t forget to be flexible.

Look To Your Future

Right now it would not be surprising if the couple feels like they are for keeps. Naturally, that’s how a majority of couples who have just brought up moving in together feel. The truth of the matter is there really is no telling what sort of future they will have individually and as a couple. That is why it is critical for each to cast a safety net for their own individual interests. Talking about legalities and finances may not be the most romantic topic to discuss but it is necessary in order to lay a strong foundation for the two people in that very relationship. If these are topics that you cannot broach to your partner at this time, it is important to ask yourself if this is a decision that you are still comfortable on making.