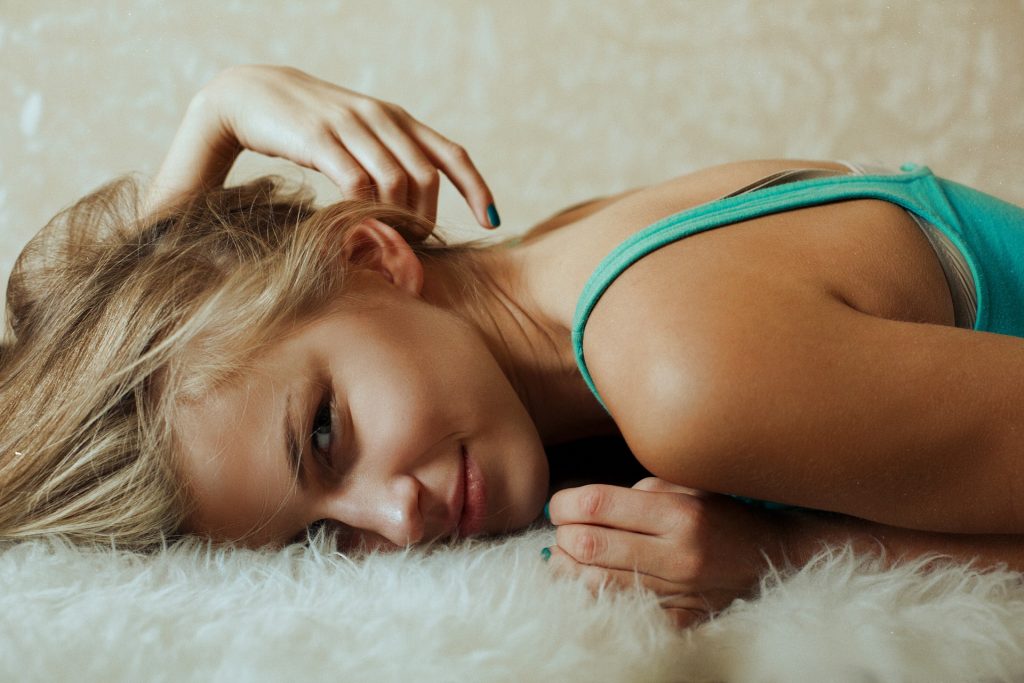 A woman’s level of attractiveness goes beyond mere stunning looks.

1. Showing off your killer smile

If you want to turn people on, a stunning smile is the best makeup you can wear.

People, regardless of gender, see smiling faces more appealing than resting bitch faces and other facial expressions. A simple smile ignites positivity and indicates that you’re confident, kind, and approachable.

2. Speaking in a higher pitched voice

A sexy voice is more attractive than a pretty face. And when we say “sexy”, we don’t mean dropping your voice lower with a dash of hoarseness – studies show that men find women with higher pitched tones more attractive.

It has something to do with gender dimorphism, wherein these qualities are associated with higher levels of estrogen and are seen as more “feminine”, thus more striking to men.

Red is the color of love, don’t you agree? The color is associated with romance, passion, roses, fire, sex, and basically everything pertaining to love.

That said, wearing red, from flashy details like a red dress to subtle yet noticeable features like red-painted lips, is unsurprisingly one surefire way to stimulate attraction, according to psychology. Red triggers a basic response in humans as a signal of fertility and sexuality.

4. Having a good sense of humor

Who doesn’t want to be with a person who can easily make you laugh, right?

It’s not astounding that most studies have found that both men and women list “sense of humor” as a highly attractive trait in a potential romantic partner. Looks fade. Wit and sense of humor don’t.

However, they differ slightly: Women like men who can make them laugh; Men like women who laugh at their jokes. So if you want to look more attractive to someone you desire, chuckle a bit more (even if you don’t find their jokes funny). Appreciate the effort to generate the punchline, darling.

5. Nailing the ability to banter

Conversing with a woman with wits and the ability to nail a witty comeback drives men crazier than talking to someone who is pretty yet passive.

Smart is sexy. To exchange remarks in a playful, good-humored teasing way is an interesting and desirable skill. A 2014 study, investigating the role of creativity in attractiveness, found that making clever comebacks is highly attractive, especially if you find someone that’s witty enough to keep up with you.

6. Showing up with your girl squad

The“cheerleader effect” coined by Barney Stinson in How I Met Your Mother holds true all along: Studies have found that women look more attractive when in a group.

A research from the University of California found that study participants ranked pictures of people in a group as “more good-looking” than people individually. It has something to do with cognitive bias, wherein people tend to “average out” faces in a group, making less attractive members more so.

7. Ditching the “playing hard to get” syndrome

We often play hard to get since we have the notion that “people are always thrilled to chase the things they can’t easily have”, right? It sometimes works, but studies show that being straightforward is your best bet.

Being able to understand another person’s emotions, rather than playing a guessing and chasing game, makes the person more attractive. Do you like a person? When someone knows you’re on the same page as them, it simply makes them want you even closer.

8. Having a carefree and spontaneous spirit

Holding a fearless and spontaneous character make you extremely appealing to the opposite sex. Whether it’s about trying an exotic food, riding a scary roller coaster, or going to unexpected road trips to somewhere new, it’s safe to say that life is more interesting when your partner has the same thirst for adventure as you do.

However, risk-taking has limits – doing something reckless (and stupid), like drunk driving without a seatbelt can backfire and be a turnoff.

Say “thank you” to the guard who opened the door for you or to the waitress who served the dish. Lend a hand to the old folks in the street. Show generosity and compassion to the less fortunate. Be polite when talking to your parents. Be genuinely kind, in a nutshell.

Displaying a positive attitude, like kindness, compassion, and courtesy, is just the right thing to do – but it also makes you way more attractive than you think you are.

Author Bio: Carmina Natividad is one of the writers for The Relationship Room, a couples psychology institution specializing in relationship counseling and therapies for couples and families.