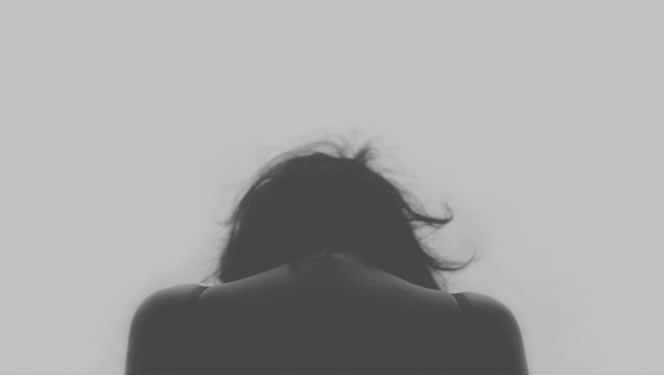 When we say “abuse” and “domestic violence”, a clear picture of a battered person with black eyes and bruises quickly pops in our minds. However, domestic violence comes in different forms, and physical abuse is just one of them. Domestic violence can also be emotional, and it feels way deadlier than sores and wounds.

To begin with, let us break down eight clear signs you are being abused by your partner without lifting his heavy hands on you – yet.

1. He’s being controlling and dominating

A puppet cannot move an inch without being held by its master. If you’re stuck in an abusive relationship, you feel like there are invisible strings tied all around your hands, feet, body, and mind, just like a puppet.

Do you find yourself constantly asking for permission? Do you feel forced to do what you don’t want to do or not do what you’ve been wanting to do? Does he treat you like a petty child by setting firm rules for where and when you’re allowed to go? Does he isolate you from your family and close confidantes and belittle your aspirations and dreams?

All these are clear signs you’re being controlled by your partner. He can also manipulate your mindset, giving you a false perception of what is morally right or wrong.

2. He yells and curses you constantly

“You should’ve prepared our dinner ahead of time” is different from “YOU SHOULD’VE PREPARED MY *BLEEPING* DINNER BEFORE I LAY MY *BLEEPING* HANDS AROUND YOUR *BLEEPING* NECK, YOU WORTHLESS *BLEEP*!”

The choice of words is just a part of the message. The way he says it, its context, and his intention are more important. If your partner yells at you, curses and threatens you, your friends, and your family, and calls you cruel names constantly, you have to consider leaving him. There’s something wrong with him that is way beyond your control.

Again, intentionally saying something hurtful to someone is verbal abuse. If the person, who promised to love and respect you, habitually puts you down, degrades and insults you and embarrass you in front of other people, there’s no way your relationship will work.

He may even follow-up his insults, claiming it’s a joke and turning the table to make you look like the one being melodramatic and sensitive. However, a joke is different from humiliation – if you feel worse about yourself, there’s no joke here; just a despicable creature.

He’d rather say “you make me angry” than “I’m angry.” He’ll blame anyone but him when something goes wrong, making him appear “perfect” and “untainted.” In return, he’ll end up making you feel as if you’re not able to meet his unreasonable expectations as a lover.

In the long run, he’s not the only one blaming you. It turns out you blame yourself as well for the things that are not necessarily your fault.

5. He refuses to hear you out

There’s only one voice he can hear – and that is his. Occasional arguments are a normal part of any relationship. But if it gets to the point when he refuses to hear your side and you tend to shut your inner voice down, then it’s a sign that something’s not right. People who truly love you will hear you out and encourage you to grow, not cut you down.

6. He follows your every move

You should never be flattered when a partner drops by your job or even a lunch date with your colleagues without warning. What starts as a surprise can quickly become a case of stalking, making even public places feel dangerous. It is another way of controlling your actions and not respecting your privacy.

7. He deprives you economically

Let’s call it “economic abuse.” It is when your partner has the control over your access to economic resources, diminishing your capacity to earn and support yourself. He may do efforts like sabotaging the circumstances to keep you from finding and maintaining a job and force you to stay at home.

Unless you’re physically ill and incapable, never be delighted when he says “just stay at home while I work.” Money puts your partner in a place of control and power. Since he’s the one withholding the money, you have no choice but to depend on him.

8. He forces you to engage in sex

Do you find yourself having sex on a regular basis even if it’s against your will to avoid starting his rage? An abusive partner finds excitement in manipulating and forcing his partner to engage in unwanted sex acts. He believes your marriage gives him the license to do whatever he pleases sexually. However, keep in mind that “marital rape” exists in the law and you have all the rights to sue him.

Don’t be a victim

Wounds and bruises heal faster than battered mind and character. If you have an abusive partner, you always find yourself keeping quiet to avoid rocking the boat.

As time passes, you tend to question your perception of reality.  You are anxious and exhausted most of the time and you start having a hard time making decisions for yourself. You blame yourself for every problem in the relationship. You lose your inner voice, power, and self-esteem. You let yourself appear insignificant.

You know what? You have a choice. You just have to get yourself out of the toxic and suffocating room to grasp a breath of fresh air. You just have to have the courage to seek help from your family, friends, and even professional help from psychologists. Remember that you’re stronger than you think you are.

Carmina Natividad is one of the writers for The Relationship Room , a couples psychology institution specializing in relationship counseling and therapies for couples and families. When she’s not using her pen in writing self-help articles focused on love, dating, and relationships, she spends her time creating poems and screenplays, painting, and making music.