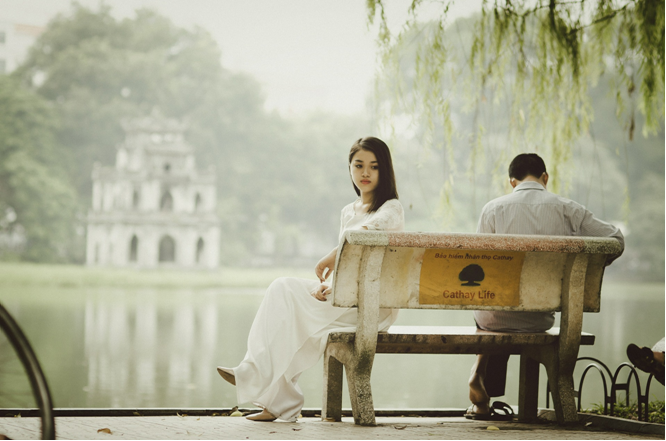 6 “Normal” Habits That Can Turn A Relationship Toxic

Toxic habits are suffocating, demeaning, and full of a bunch of unnecessary drama. What’s more dangerous is the fact that most people think they are normal, and this may keep people from distinguishing that there’s something wrong in the relationship that they need to address.

Below are some of the toxic habits people think are normal.

“What makes you think I have already forgotten what you did two years ago?”

Most couples are guilty of playing a “blame game” and having a “relationship scorecard”, constantly using the past mistakes of the other to justify their present righteousness. Arguing and proving your point – that is normal. But storing up the hurt that you can use against your partner and rubbing it on his or her face? That’s a different story.

It’s unhealthy to keep scorecards of wrongs – to count all the mistakes and shortcomings and to try to “get even.” You are allowing the mistakes you’ve had in the past to take a toll on the present. Eventually, it will become a battle of who has committed the most wrongs over the course of the relationship – a battle no one has ever won.

“Apology accepted” is a big, heavy decision. Forgiveness is a choice and in line with that choice is to let it go and give him/her another chance. Deal with the issues as they come up.

“That’s the last straw! I’m breaking up with you,” says your significant other for the 76th time.

This happens when something goes wrong and you or your partner blackmails the other by threatening the commitment of the entire relationship. People may say, they’re leaving or ending the relationship. Some people may also try to reverse the situation by saying, “just leave me and find another man/woman you truly deserve. You’re better off without me”

Emotional blackmail creates a whole bunch of drama. It may also lead to an environment of manipulation and distrust when people in the relationship are afraid to share their true feelings to avoid starting a commotion. Emotionally healthy couples know that negative thoughts and feelings can be communicated safely without it harming the relationship itself.

This whole bunch of  “I really hate it when you do that but I won’t tell you directly so I’ll just drop some hints and let you discover it yourself” has to go. Expecting your significant other to read your mind is just pointless.

Why is it toxic? Passive aggression may indicate that you’re not comfortable communicating openly with one another or you’re not safe expressing your emotions. According to psychotherapist Tina Gilbertson, LPC, author of Constructive Wallowing: How to Beat Bad Feelings, passive aggression is a strategy people use when they think they don’t deserve to speak their minds or they’re afraid to be honest and open.

“I am jealous and possessive because I love you. If I’m not jealous, you should be alarmed.”

A little jealousy is normal, but once the person tries to break off your relationships with other people, that’s when the relationship becomes toxic. Excessive jealousy, which most people perceive as a display of love and affection, is a facade of something ugly – like a person’s own feelings of unworthiness and insecurity, controlling and manipulative behavior, and the lack of trust.

“Change? What for? Why can’t things just stay like this? We’re fine.”

Relationships have to evolve and couples should always be open to changing their ways for the benefit of their union. Couples in healthy relationships aren’t afraid to try something new and take risks, talk about deep things, make constructive criticisms, rediscover and level-up themselves, and express vulnerability.

So if growth and change are viewed as negatives and one or the both of you still chooses to remain stuck in the old ways, there must be something wrong.

“You know what, let’s just watch a movie to forget it. I also bought doughnuts. Don’t be mad anymore.”

Don’t get me wrong. Buying gifts or treating your spouse somewhere to make up for a previous disagreement ain’t bad. It’s sweet and it can surely melt one’s anger away especially when it comes from the heart.

But if it’s becoming a habit and it seems you or your partner uses gifts to get away with the issue, then it’s a major problem. Instead of concealing the real issues with an expensive treat, you have to talk about them and be open to arguments in order to resolve conflicts before they pile up.

Carmina Natividad is one of the writers for The Relationship Room , a couples psychology institution specializing in relationship counseling and therapies for couples and families. When she’s not using her pen in writing self-help articles focused on love, dating, and relationships, she spends her time creating poems and screenplays, painting, and making music.